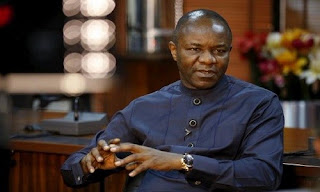 Some states in the league are Bayelsa, Rivers, Delta, Akwa Ibom.

The Permanent Secretary, Ministry of Petroleum Resources, Dr. Jamila Shua’ra, broke the news on Thursday at the presentation of the 2016 petroleum sector scorecard in Abuja.

She said that the discovery of crude oil in Borno State was one of the achievements of the ministry during the year.

“Our doggedness culminated in the discovery of oil in new frontiers – Lagos and Borno,” Leadership reported on Friday.

She also listed the introduction of the petrol Price Modulation Matrix as another achievement of the ministry.

Other achievements are the all round availability of petrol in all outlets; eradication of payment on fuel subsidies; and located foreign direct investment to finance midstream oil and gas infrastructure.

The adopted exit strategies on Joint Venture Cash Call; robust engagement of host communities to reduce agitations; and creation of more stable industrial relations,” she said were other achievements.

Vice President Yemi Osinbajo, who presided over the ceremony, stated that the deregulation of the downstream sector, which led to the elimination of petroleum subsidy, saved the government a burden of N15.4 billion monthly.

The vice president was represented by the attorney-general and minister of justice, Alhaji Abubakar Malami.

He stated that the oil and gas sector remain very critical to the stability and growth of the nation’s economy as it accounts for about 90 per cent of the country’s earnings, in addition to contributing substantially to the inflow of foreign exchange and growth of foreign reserves.

Prof. Osinbajo further disclosed that the Federal Executive Council (FEC) had recently approved new measures and strategies aimed at eliminating the burden of Joint Venture Cash Call arrears and easing future payments in the up-stream sector, stressing that the strategies are fully supported by the National Economic Council (NEC).

The toddler Yegor may need to have his leg amputated as doctors fight to keep him alive following the vicious attack at his home in Selydove, Ukraine.
Read more
NEWS

Edo 2020: My re-election a triumph over godfatherism – Obaseki

The Ruler of Dubai has ordered 14 tonnes of medical supplies and 20 tonnes of food supplies to Nigeria and Sudan, the Dubai Media Office said on Saturday.
Read more
GIST

A saucy couple were left red-faced after they were spotted having s3x during a Zoom meeting. The shamed staff member was caught in the act after he forgot to turn his camera off after the virtual city council meeting in Rio de Janeiro.
Read more
NEWS

Although the details of their discussions were yet to be disclosed, sources suggested it was all about the ongoing mediation in the political crisis in Mali.
Read more
GIST

Health is wealth!  And you don't have to be a doctor to know basic health details especially when it comes your body.  Most of us don’t give much thought to our pee before we flush it down. But ....
Read more
NEWS

Wikipedia describes a failed state as a political body that has disintegrated to a point where basic conditions and responsibilities of a sovereign government no longer function properly.
Read more
ENTERTAINMENT

KimKardashian may be slowly losing her reign as the queen of instagram as over 100,000 fans unfollowed her following the release of her unairbrushed...
Read more
NEWS

Lagos to begin massive demolition of illegal structures in Lekki

26-year-old glamour model, Nicki Valentina Rose who has to lie on her chest to feel comfortable because of her massive 34NN bust
Read more
Load more