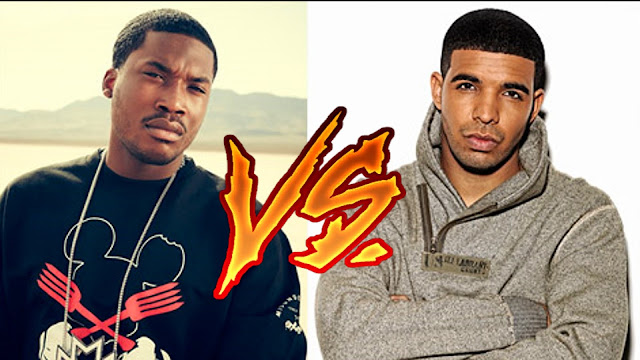 The beef between  A-list rappers , Meek Mill and Drake is not dying anytime soon as Rap artiste Meek Mill has said that he would face rival Drake in a boxing match if he got $5 million, also adding
that he will let his ex Nicki Minaj be the ring girl for the fight .

The Philadelphia rapper, who recently split from Nicki Minaj , has been warring with the Canadian since accusing him of using a ghostwriter in 2015.

Meek Mill made this known by posting a clip via his Instagram Live while he was working out at a boxing gym .
this might be turning into a new trend in the hip -hop industry as Soulja Boy and Chris brown are also bound to settle their differences in the boxing ring .
When Meek Mill was asked by someone also at the gym if he would ” f* ck up” Chris Brown or Soulja Boy he replied that he would instead do that to Drake for ” 5 mil ” .

In a series of tweets, Rema touched a number of issues from critics, management, a girl who rejected him, his first engineer who ran away, ‘Iron Man’ and producer, Ozedikus to even admitting that he stole a laptop from a someone named Eric.
Read more
ENTERTAINMENT

Fireboy mark as the second Nigerian whose music would be played on the main soundtrack of FIFA after ASA’ ‘Jailer ’featured in the FIFA 2012 edition.
Read more
ENTERTAINMENT

The Governor who took to his social media handles to express his delight at the feat achieved by a worthy citizen of Ogun State described the winner as a pacesetter who has used his academic and social prowess in the right direction.
Read more

It was gathered that the young men suddenly alighted from a sienna bus at Sabo Market, Sagamu, causing pandemonium, beating up an elderly market woman and disrupting commercial activities in the market
Read more
LIFESTYLE

A new study found having wide hips or large hips could help someone live longer. The researchers looked into data for more than 2.5 million people. But it found that every extra 4 inches (10cm) of waist size was associated with an 11% higher chance of dying prematurely.
Read more
NEWS

I used to be a plumber, Governor Sanwo-Olu reveals

He made the revelation during the graduation of 6,252 students of the 18 skill acquisition centres in the state
Read more
GIST

A man was rescued by his pregnant wife after a 'nine-foot bull shark' latched onto his shoulder during a snorkeling trip in the Florida Keys.
Read more
ENTERTAINMENT

Laing made it clear the issue of visa restriction on perpetrators of electoral violence was the UK’s visa policy and they determine who travels to the country.
Read more
GIST

Following the development, twitter users who were concerned about Rema’s tweets reached out to Don Jazzy and asked him to do something about the revelations Rema was making on Twitter
Read more
NEWS

After mass resignation by380 Nigerian soldiers, an investigation has been doe to know the rationale behind such decisions.
Read more
Load more