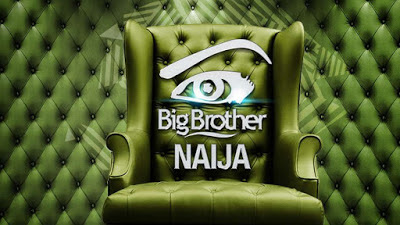 A group, Nigerian Project for Human Development, NPHD, has joined others voices calling for the termination of popular Reality Show, Big Brother Naija.

The group has petitioned the National Broadcasting Commission, NBC, the Presidency and the Nigerian public that the airing Big brother Naija be stopped.
Recall that a Lagos lawmaker, Segun Olulade yesterday advised the Minister of Informatio
n and Culture, Alhaji Lai Mohammed, on the negative implications of Big Brother Naija on the nation’s culture and youths.
But in a statement by its coordinator, Dr. Mojisola Araba, NPHD claimed that the petition to cancel Big Brother Naija had gathered 10,000 signatures.
According to the group, the “Petition has collected 10,000 signatures from concerned Nigerians to cancel the Reality TV Show ‘Big Brother Naija.’”
It added, “The on-going TV Reality show, Big Brother Nigeria is indeed a corruption of TV Reality shows.
“The Nigerian public is complaining about the moral perversity in the House of the Big Brother Nigeria.
“In one episode last two weeks or so, the inmates were shown openly kissing and caressing one another. This is a celebration of obscenity, er*ticism and idleness.
“More importantly, it is a big mockery of Nigerian culture and tradition. Since the inmates are Nigerians, they should have been projecting the Nigerian cultural heritage. But instead of doing that, they are bastardizing it.
“When Endernol, the Dutch, first conceived the idea of BBA in 1997, open kissing and caressing by the inmates and celebration of obscenity were never considered by him.
“Even the TV Reality shows in other countries do not contain the obscenity we are watching in the on-going Big Brother Nigeria. There is a great danger in importing the destructive foreign lifestyle to Nigeria.
“Explicit s*xual overtures which appeal to the prurient interest in s*x, damages a country’s moral ecology in an analogous way in which oil pollutant damages a country’s ecology.
“The biggest tragedy of the on-going Big Brother Nigeria is that our children also glued to the TV screen watching it. Children are our future.
“Therefore we should protect them from lewd exposure, which might prevent their growth into free, independent and well-developed citizens.
“The Nigerian Broadcasting Commission (NBC) must live up to its bidding as a body charged with controlling, monitoring, regulating the electronic media and monitoring of satellite transmission in Nigeria. Our TV stations cannot become dumping grounds for all sorts of immoral programs.
“NBC must stop the airing of Big Brother Nigeria now.”
Source: Dailypost
Previous articleJay-Z Becomes The First Rapper To Be Inducted Into The Song Writing Hall Of Fame
Next articleIBB University Lecturer Caught In The Act Trying To Sleep With A Student For Grade