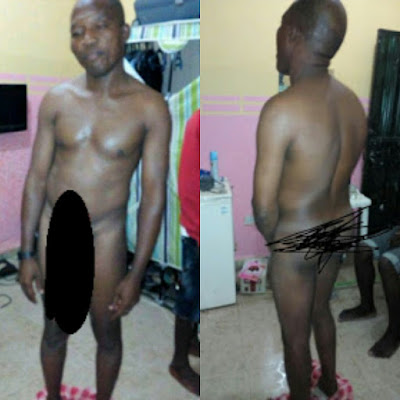 A lecturer of the Department of English at the Ibrahim Badamasi Babangida University, Lapai, Niger State, Hajji Yusuf, was caught and stripped naked after the female student he wanted to sleep with set him up.

According to the report, he threatened to fail the student if she refuse to
get down with him, so he came around to have sex with her as agreed, not knowing the student had planned with her boyfriend to disgrace him.

He was busted after he pulled his cloths off.