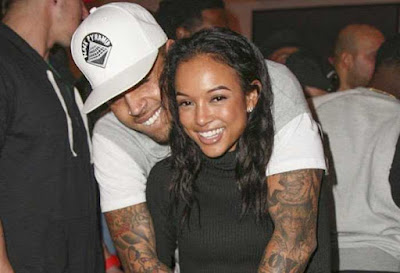 Chris Brown’s ex have made matters legal in her separation from ex-boyfriend. Karrueche Tran has reportedly filed a restraining order against the singer after allegedly receiving death threats from him.
According to TMZ reports, Tran gave a sworn statement to the judge, claiming that Brown told several people he would kill her, and
alleging physical abuse in their relationship.
The statement reportedly includes claims from Karrueche Tran that C hris Brown “punched me in my stomach twice” and “pushed me down the stairs.” This may have overlapped with Brown’s probation period stemming from the two felonies he was charged with for beating another of his ex-girlfriend Rihanna in 2009. (He got sentenced to five years’ probation and six months of community service regarding the issue).
According to the domestic violence restraining order, Brown is required to stay 100 yards away from Tran, her mother and her brother.
Previous articleDon-Jazzy, Tsaboin Launches Free Wifi Service Company, ‘Flobyt’.
Next articleRapper Chinko Ekun Signs New International Deal