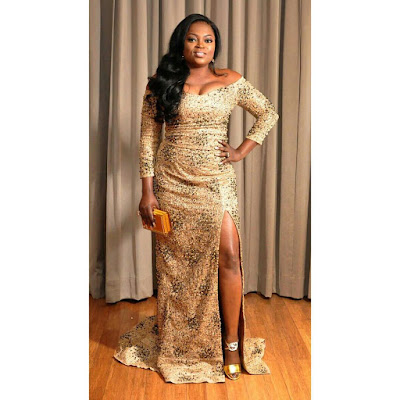 It was a wonderful night for the star actress, Funke Akindele, not only did her comedy series ‘Jenifa Diary’ win Best Tv Comedy Series’ but she also won ‘Best Actress In A Comedy’ For the third time.

She is the first actress in the five-year history of the award to
win the category three times. Akindele picked up her plaque  at the ceremony which held on Saturday night at EKO Hotel & Suites, Lagos.
In 2014, at the second edition of the AMVCAs, the actress emerged the best actress in a comedy for her role in The Return Of Sheri Koko.
Two years later, she won for her performance in Jenifa’s Diary.
In the 2017 AMVCA, Akindele was nominated twice in the best actress in a comedy category for Jenifa’s Diary and A Trip to Jamaica.
The win was her second award of the night.
Previous articleThe Movie ’76 Wins Big At The AMVCA
Next articleFull List Of Winners At The AMVCA 2017