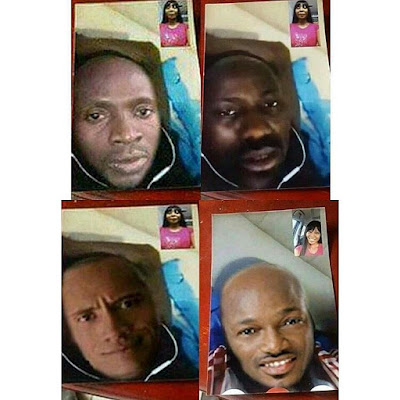 The  Apostle Johnson Suleman’s/ Stephanie Otobo drama has left Most people confused regarding if the scandal and allegations are true or not.

Some say the photos released by Stephanie Otobo are fake, and the  Apostle Suleman’s wife denied the photos, saying that it’s not her husband.

To further corroborate that the pictures are fake, some photoshoppers have gone to work, and these are some of what they came out with.